Sometimes You Need a Good Punch in the Face

Five years ago today, my best friend traveled to Dallas to ring in the New Year. With crimson lips, sparkles, lashes, and stilettos we celebrated at the wine bar down the street. Classically Taurus, I overindulged and by 1am we were safely home and curled up on the sofa, my gentleman friend softly snoozing beside us.

I don’t remember what we were arguing about, but I remember growing increasingly frustrated with the constant stream of berating and biting remarks. It was probably the bubbles, but I finally interrupted her tirade: “I live here. If you don’t like it, you can go.”

And then she punched me.

And then threw a wine glass across the room, shattering it into a million pieces before flying down the stairs screaming, “DON’T FUCKING FOLLOW ME,” grabbing her suitcase, and taking off down the sidewalk.

Chris and I sat for a few moments in utter shock before following her outside, worried she might attempt to drive back to Austin in the middle of the night in her impaired state. She made it to the end of the block before returning and threw her arms around my neck, sobbing over and over again, “Why? Why do you have to be so difficult?” I just held her, stunned.

That moment was a turning point for me.

My immediate thought was: “What did I do to make her so angry that she would hit me?” I realized in that moment what a fucked up thought pattern that was, and that I needed help.

A day or two later, my cousin who had been working with some woman named Caroline Myss came over help cast my archetype wheel. At the time, I had zero idea what an archetype was. Once we finished, I knew that things would never be the same. With my cousin’s help, I got into some pretty intensive therapy and continued my archetypal studies with Myss’ book, Sacred Contracts. 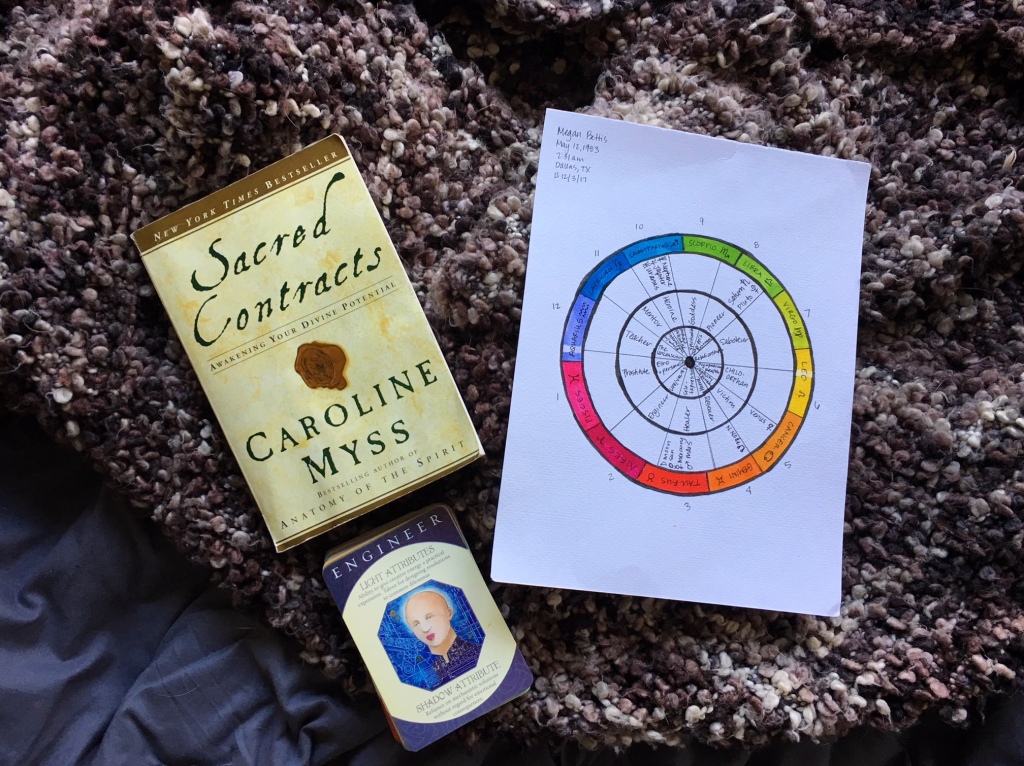 My friendship with the girl never recovered, but she has played an integral part in what has become my most important project to date: Healing through Self-Inquiry.

My healing journey is ongoing. There are bumps, roadblocks, and tons of detours, but I’m beginning to realize that sharing these tools with others is part of my own healing process. I guess sometimes you need a good punch in the face to get you on the right path.

Happy New Year’s Eve, friends! I hope you have some magical breakthroughs this year… without the punching.

Little Rock Residents: Interested in getting started? I’ll be hosting a Sankalpa workshop next Saturday, January 6 from 2-4:30pm at The Floating Lotus. More info here.